5-year-old brings cocaine to class, says it makes him 'feel like Spider-Man,' dad arrested
The Massachusetts man remains in jail, and the 5-year-old has been placed in child services, police said.
SHARE THIS –
Nov. 17, 2019, 12:19 PM EST
By Ben Kesslen
A Massachusetts father is being held in jail after his 5-year-old brought a bag of cocaine to his kindergarten class and said it made him feel like Spider-Man.

When the boy showed the cocaine to the teacher he said he puts the powder in his mouth and it makes him "feel like Spider-Man," Albert said. The baggie was stamped with images of Spider-Man. The teacher notified the school's principal who immediately called the police. 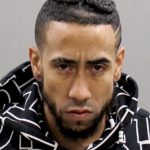